The Undercover Soundtrack is a weekly series by writers who use music as part of their creative process – special pieces that have revealed a character to them, or populated a mysterious place, or enlarged a pivotal moment. This week’s post is by author and journalist Jennie Coughlin @jenniecoughlin

It was almost 15 years ago, as a rookie reporter, that I discovered Simon and Garfunkel’s The Boxer made the words flow on deadline. Even today, when I’m on deadline for my fiction writing I’ll put it on repeat on my iPod.

Music has always been part of my writing toolkit. Since I first joined my parish’s children’s choir in third grade, music has been something I use to connect more deeply in many aspects of my life. When it comes to writing, it’s probably the second most-useful tool in my toolbox. 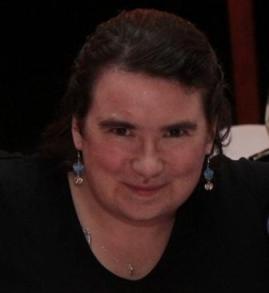 Music is versatile. Sometimes I’ll use it for the rhythm, because that taps into the part of my brain that lets the words flow. The Boxer is my go-to song for this, but while drafting the novel I’m in rewrites on, I found Seal’s Amazing helped one day when I was stuck. Greg Laswell’s Off I Go falls into this category, too. My sister maintains that if I were a kid today, I’d be diagnosed with Asperger’s, and this is one of those instances where I agree with her — when I’m using music for its rhythm, I’ll put it on repeat, sometimes for hours if that’s how long I’m writing. I call it my brain’s musical marinade.

I don’t just use repeat for rhythm, either. The revisions I’m working on now involve a lot of tension-building, and I’ve had Brian Kirk’s Vance’s Dossier from the NCIS Score album on repeat. It’s one of the few occasions I’ll use a completely instrumental piece. Probably because of my background in singing, I tend to choose my writing playlist based on song lyrics. But Vance’s Dossier has that creepy “something’s not right” feel I’m trying to thread through the story I’m telling.

It’s a contrast to what I consider my theme song for Exeter, the small town where my series is set: Lady Antebellum’s Hello World. You can see it in the opening of my short story collection Thrown Out: Stories from Exeter as Riordan sits on the porch, enjoying a quiet late summer day. And then a different side later in the book when newcomer Chris has to decide if he can trust people in Exeter not to hurt him in the “broken, like I’m never gonna heal” line:

Joe was still running his mouth as he stood a few feet down the third base line, waiting for a chance to score, but Dan seemed to be ignoring him. Chris felt the tension ease from his shoulders that the impending fight had been so easily defused.

Chris rubbed his hand over the scar on his arm. He was suddenly glad there was no alcohol allowed on school grounds, that the scent of stale beer was only in his head. He pressed his hand onto the warm bleacher, the ridged metal as far from chipped brick as possible.

When I’m trying to get into Riordan’s head, the lawyer/town storyteller, I’ll put on John McCutcheon — his Last First Kiss captures how Riordan feels about his unique relationship with Becca that starts in Thrown Out. When he’s in storytelling mode, it’s McCutcheon’s Greatest Story Never Told. 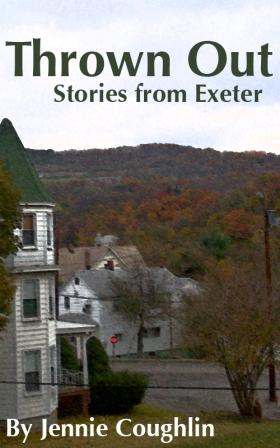 Because my storytelling is character driven, lyrics often spark thoughts about the characters. The journey of the characters in the novel I’m revising is perfectly captured by Stop Making Friends’s Fear. And when I was honing my writing skills on fanfiction, Missy Higgins’s Where I Stood was the theme song for my first novel-length work. I was three chapters from the end, wrestling with a key scene. And as I listened to the song while working on something else, it clicked. I was trying to write it between the wrong two characters — the ex-lovers — when it needed to be the ex- and the current partner having the conversation. I’d heard the piece a few thousand times at that point, but it wasn’t until my brain had soaked in for that long that the pieces fell into place.

Jennie Coughlin was raised in Franklin, Massachusetts and the author of Thrown Out: Stories from Exeter. Her first short story was the final project for a local history unit in middle school, and it sparked a love of both fiction writing and local history that continues to this day. She graduated from the University of Missouri with a bachelor’s degree in journalism. She has worked as a reporter and editor for community newspapers based in Massachusetts and Virginia. A life of living in small college towns with lots of history and strong arts communities comes through in her stories about Exeter, a small mill town in the Blackstone Valley of Massachusetts. The name is a nod to her hometown’s history, but Exeter isn’t based on Franklin or any of the other small towns she’s lived in — reality in those places is far too unbelievable to make good fiction. Find her on Twitter @jenniecoughlin

This entry was posted on December 21, 2011, 12:00 am and is filed under Undercover Soundtrack. You can follow any responses to this entry through RSS 2.0. You can leave a response, or trackback from your own site.