‘The song epitomised Titanic, its beauty and its loss’

Once a week I host a writer who uses music as part of their creative process – perhaps to open a secret channel to understand a character, populate a mysterious place, or explore the depths in a pivotal moment. This week’s guest is Ellie Stevenson @stevensonauthor

There’s always a song playing in my head – I just need to decide if it means anything. Sometimes it might be an important clue, but mostly it’s just from a TV advert! Music has always been special to me – I listen to it often, usually pop but some classical. (Cue Music by John Miles.)

When I was writing Ship of Haunts, two tracks were particularly important.  I’ve always liked Madonna’s music (especially the albums American Life and Confessions on a Dance Floor) but this particular track came from the album Hard Candy. 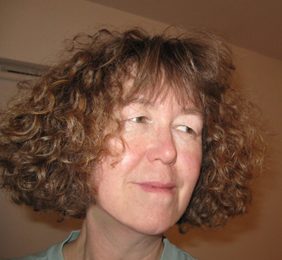 The song, the Devil Wouldn’t Recognise You existed for me before the book,  by which I mean it was influential in its creation. I’d listen to the lyrics and hear the tune, and what sounded like water, and have this image of two or three people in the depths of a ship, with the water rising,  and somehow knowing they wouldn’t get out. That’s what happened to my character Lily, trapped with Hern in the depths of Steerage.

The story doesn’t end there though. The feel of the song, combined with Ballard’s haunting photo (Mail Online, 15 April 2012), of shoes and a shape on the ocean floor, maybe a dress, or some sort of coat, gave me the keys to Lily and Carrin – death and goodbye, but  not the end.  The lyrics of the song, which are about recognition – seeing someone is not who they should be, helped establish the theme of betrayal, which runs through the book: Mad with her kids, Iserva and Jacob, but mostly Carrin, whose lover Brianna is not what she seems. And then, of course, there are the real people who died on Titanic, whose families felt let down by the company (White Star Line).

Ship of Haunts is all about failings, the mistakes of history, like those with Titanic, and people’s mistakes and how they can learn to change and move on. For me, Titanic is all about stories, people’s stories and that’s what really holds us captive, tied to the ship, 100 years on. When I was reading, researching the ship, I went to YouTube, searching for histories and maybe some footage of Titanic. I came across a beautiful video with pictures and film clips of the ship – as she was then – you could see the people standing tall, not having a clue what lay in wait. A song was playing, Songe d’Automne; it could have been the last song ever played on Titanic – or maybe it wasn’t, but it was there in the clip and that was enough.The song, Songe d’Automne (Dream Of Autumn) was composed by Archibald Joyce in the early 20th century. This particular arrangement is by Rob Astor, and can be found on his Yesteryear Classics album.

When I listened to the waltz, and watched the footage, I felt the song epitomised Titanic, its beauty and its loss, and I liked the haunting melody so much that I wrote the music into the novel. It became a kind of signature tune,  telling of when, 100 years after Titanic had sank, Carrin and Brianna meet again. And still remember.

Several other songs helped to inspire me, including Rihanna’s track Disturbia, which helped me capture ‘confused and crazy,’ in the form of Mad, a troubled ghost who’s lost her children, but also Carrin, who thinks her enemies are out to get her.  And then the song Runaway Baby (by Bruno Mars), which helped me solve an Australian problem: the place was hot and far too dangerous  in the 1940s, especially if you were young and a girl. All the girls could do was run.

This final track, The Last Resort, from the Eagles’ album, Hotel California, and always best heard with your eyes closed, spoke to me of the end of a world, in this case the England of the Edwardian era, a wonderful place but full of contrasts and not so wonderful for some. The song recalls how easy it is to forget what we’ve got,  to damage what’s good, with our hunger for more or our careless indifference. As the time of Titanic was lost forever, along with her people.

Ship of Haunts: the other Titanic story is Ellie Stevenson’s first novel. She also writes articles on history, careers, travel and the arts. In a previous life, she worked as a careers adviser,  a web editor and also in libraries (although she keeps the last bit quiet…) She has a website and can also be contacted on Twitter @stevensonauthor

GIVEAWAY Ellie is giving away a paperback version of Ship of Haunts. Just tell us why you’d like to read an alternative Titanic story – one with quirky, subversive characters – and a novel that makes you think.

And just because it’s about Titanic, doesn’t mean you know how it ends! For a flavour of the book see http://tinyurl.com/9hw56um

This entry was posted on September 19, 2012, 5:42 am and is filed under Undercover Soundtrack. You can follow any responses to this entry through RSS 2.0. You can leave a response, or trackback from your own site.