‘Whistling past the graveyard’

Once a week I host a writer who uses music as part of their creative environment – perhaps to connect with a character, populate a mysterious place, or hold  a moment still to explore its depths. This week’s post is by NYT bestselling author and ghostwriter Joni Rodgers @JoniRodgers 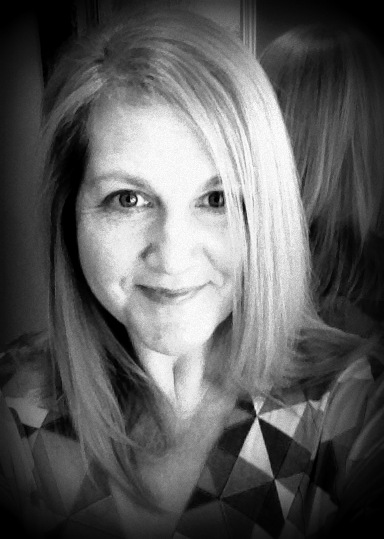 Kill Smartie Breedlove is the story of a Shep, a dishonored cop, and Smartie, a pulp fiction writer, who is convinced that Shep’s employer, divorce attorney Suri Fitch, is behind the murders of several of her clients’ inconvenient exes. It is the most fun I’ve ever had writing a book – ever – and was born out of a pure pleasure reading/listening binge of pulp fiction (hardboiled mysteries of the 1930-60s) and ‘pulp music’: electric guitar and percussion-driven beats embodied by Dick Dale & the Del Tones’ Misirlou – which a lot of people associate with the movie Pulp Fiction. The Playboys’ Cheater Stomp actually gave me the original working title.

As I absorbed a plotting masterclass from Dashiell Hammett and Raymond Chandler, the vaguely nerdy vibe of the music took me to a creative place that was fun and full of reckless energy, a semi-cool throw-back to horn-rimmed glasses and pencil pants. The Dick Dale channel on Pandora features The Ventures, Rockin’ Rebels and other old-timers along with gritty off-beat wonders like The Trashmen and a Danish band called The Tremolo Beer Gut. These instrumentals are driven machine-gun percussion and gritty electric guitar leads. They’re a bit reminiscent of the theme music from The Munsters – which might explain the macabre undertones that rumble and rise throughout the book, which has a lot of ‘whistling past the graveyard’.

Two songs that anchored me to my original vision with rhythm, lyrics and sense-memory: Propellerheads (featuring Shirley Bassey) History Repeating and The Fabulous Playboys Nervous. Archie Bell and the Drells Tighten Up always reminds me of exactly what I love about Houston, which is very Southern but very urban.

Roam by the B-52s plugged me into the quirky artistic tourism that compels dysfunctional Smartie to observe people and extrapolate their backstories. Dave Brubeck’s classic Take Five and Booker T & the MGs’ Green Onions perfectly capture the plodding procedural aspect of Shep’s work and the patiently canny way he goes about his daily grind.

Both Shep and Smartie are widowed, and a collection of cover versions of Bill Withers’ Ain’t No Sunshine kept me mindful of how that terrible loss motivated and defined them. Two of my favorite covers are Caroline Savoie and Hanson. (Seriously! As in ‘MmmBop’ Hanson. They grew up. Sort of.)

Divorce attorney Suri Fitch’s calculating brilliance (and Shep’s ill-timed attraction to her) steps out of Cake’s Short Skirt Long Jacket, while the transformative sorrow, betrayal and bitterness she sees (and generates) in her business are present in Nancy Sinatra’s Bang Bang, Duffy’s Stepping Stone and Amy Winehouse’s Back to Black.

One of my favorite aspects of this novel was the chance to write about the publishing industry with a bit of the ol’ gimlet eye. Smartie and her critique-mates, a group of women authors called the Quilters, approach writing life with a wistful pragmatism best expressed by Nancy Sinatra remixing one of her dad’s standards, This Town.

In addition to her own critically acclaimed novels and memoirs, NYT bestselling author Joni Rodgers has collaborated as ghostwriter/ book doctor on a number of celebrity book projects, including Part Swan, Part Goose with Broadway icon Swoosie Kurtz (Perigee 2014). She lives in Houston, Texas with her husband of 30 years, mechanic/ winemaker/ voracious reader Gary Rodgers. Joni’s books and video book reviews can be found at www.jonirodgers.com. She is the founder of the League of Extraordinary Authors and you can also find her on Twitter @JoniRodgers.

This entry was posted on October 23, 2013, 6:23 am and is filed under Undercover Soundtrack. You can follow any responses to this entry through RSS 2.0. You can leave a response, or trackback from your own site.