Posted by Roz Morris @Roz_Morris in Undercover Soundtrack on July 2, 2014

‘Sadness and longing in the wildest pleasures’

Once a week I host a writer who uses music as part of their creative environment – perhaps to connect with a character, populate a mysterious place, or hold a moment still to explore its depths. This week my guest is magical realist author Rohan Quine @RohanQuine

Since women are a bit cooler than men, I’ll start with the women in the following cast of principal characters – a cast loosely spread across all five published tales (The Imagination Thief and four novellas – The Platinum Raven, The Host in the Attic, Apricot Eyes and Hallucination in Hong Kong). Aptly here, Alaia Danielle is a singer. She’s morally upright and somewhat high-tension, with cool good taste and a large, cerebral compassion. Her dignity and the humanity beneath her seriousness were partly conjured up by the majesty with which Troy by Sinéad O’Connor builds up, from controlled quietness into a world-bestriding anger that’s just as controlled. Performing, Alaia emits a wordless song with the viscerality of Diamanda Galás and the ethereality of the Cocteau Twins; but the best single suggestion of her was the sublime The Host of Seraphim by Dead Can Dance. 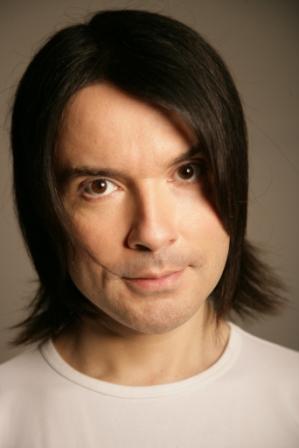 Pippa Vail is a sweet, depressive dreamer who sits on her high-rise tower-block balcony in silence, while her rich inner life seeps out across the town spread below her; her prominent green eyes look wet and hurt, as if she’s been crying, though there are no tear-stains. Evoking the swell of silent beauty she hears in the sky, from within the unending loneliness of her high-rise balcony-grave, many early tracks by Suede influenced my creation of her. Two amazing examples are Still Life and – appropriate for her high-rise location – High Rising.

Evelyn Carmello is sunny, tough, sassy and social, looming large in her small home-town of Asbury Park, near New York. Lana Del Rey’s 2012 album fed into her, but Evelyn is lighter. Starcrazy by Suede was useful as a very Evelyn example of another kind of Suede heroine: joyously functional in the real world, she’s a dirty-sexy streetwise party-girl, although that scene is mostly now in her recent past. I can also hear in Evelyn an echo or two of that cool-eyed, dirty-city classic Kids in America by Kim Wilde.

Angel’s Baby Doll is the self-image of the character Angel (see below). I birthed her from somewhere in the vicinity of two beauties by Soft Cell: the divine Torch; and Sex Dwarf.

Ravens in the tower

Constant in the Chocolate Raven is a yearning for the everyday external world to transcend its qualities of dullness and flatness, to attain the colours and lights living in her mind. The music that helped create her, therefore (especially when she’s on that Dubai skyscraper terrace, creating the tower in the mountains from convulsive blasts of energy she fires across the night-time desert), was music that radiates a transcendent beauty undercut by regret that such beauty will always be up against such a deadweight. Salient examples were Song to the Siren by This Mortal Coil and To Turn You On by Roxy Music. The Chocolate Raven’s creation of the Platinum Raven is in itself a song to the siren.

In that nightclub tower where the Platinum Raven presides, events of the brightest darkness, decadence and beauty occur. The dance-floor is a cat-walk where every night those anorexic models float past us, beautifully drugged-out and weak and untouchable, forever down the runways of their airport lanes, expressionless in damage through the night-lit clouds with their make-up flashing soft in the lights, like perfection, clad in shreds of lightest silk that conceal the needle-marks. The album Erotica by Madonna was in the mix here, being steeped in this heightened feeling of darkness beneath legendary nightclub fabulousness; yet this album’s world-class attitude and sass are permeated by a simple, universal sense of the sadness and longing that enrich even the wildest pleasures and highest achievements we’re capable of while alive. The title track Erotica is a fine example – as is the track Deeper and Deeper, beneath whose easy hedonistic surface lies a perfect evocation of the natural evanescence of your every past joy and your every future joy.

The Platinum Raven’s conspirator in that tower is a DJ named Amber, whose infernal nature and allure reflect the fact that he happens to be the continuation of Rutger Hauer’s psychopathic character in the film The Hitcher. Soundtrack-wise, however, he’s evoked by what he might spin: late in the main room, Little Fluffy Clouds by The Orb; then later still in the VIP room, something from the legendary album Chill Out by The KLF, such as the track 3am Somewhere Out of Beaumont.

Damian West is a gangster whose gauntness of expression indicates much danger and paranoia. The sound of the inside of Damian’s head was well suggested by the colossal charisma of The Fall by Ministry. Another contribution was made by the claustrophobic immensity of that slick little slice of hell, Mama by Genesis.

Angel Deon (in some novellas called Scorpio) is an androgynous creature whose spiteful sleek depraved face radiates decadence and damage from its sharp beauty. He is shadowy, effete, both unhealthy and luminous; his head is a fantastically dark cavern of jagged riches, and musically he’s pure Marc and the Mambas, plus tons of the darker output of Soft Cell and of Marc Almond solo. To locate my creation of Angel, I’d pinpoint somewhere between two stunning Mambas tracks: The Animal in You; and My Former Self.

Lucan Abayomi is a charismatic gang-leader, drug-dealer and Angel’s boyfriend, whose smile spells trouble, violence, sex and danger. He was partly born from that dubby bass in lots of dubstep from around 2006, redolent of nocturnal high-rise housing estates, lonely concrete spaces and bass speakers booming out of car windows. We can hear part of his origins in two by Kode9 and the Spaceape: Nine Samurai; and Sine.

Shigem Adele is an effusive, flamboyant nightclub host, a lovable and neurotic survivor, whose warmth can illuminate a roomful of people. He was born somewhere between two classic electronic dance tracks: the haunting anguish and defiant beauty of Why? by Bronski Beat; and the iconic sensuality of I Feel Love by Donna Summer.

Kim Somerville is newly in love with Shigem, being quiet, observant and loyal, with a tinge of thoughtful pessimism:

In an absent way he sings along to the lyrics of the track playing quietly on the club’s sound system; and I am struck by his voice, which is clean, vanilla, supple, pure and filled with earnest beauty. It’s a voice of great wholesomeness, picturesquely sad and honest, redolent of goodness – and a little white lie, I think.

That was inspired by the voice of Erasure’s Andy Bell, always to be heard with Vince Clarke’s keyboards, as in the beauty of two representative Erasure tracks: the grandeur and exuberance of Run to the Sun; and the sombre grandeur of Crown of Thorns. 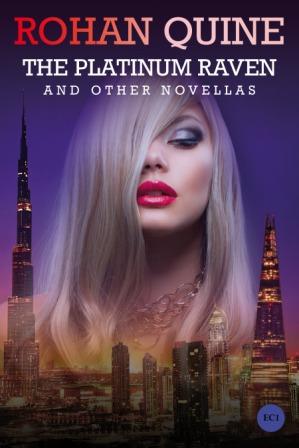 Finally, my narrator Jaymi Peek. Most of the time he’s subtle or elusive in nature, being a humorous clear lens and benign observer. In his broadcasts, though, he becomes a charismatic and empowered face who projects himself addictively into the imaginations of a global audience – the assaultive power of which is suggested in Double Dare by Bauhaus, whose message never dates. (I hereby stake a musical claim: the first 15 sentences of the long paragraph at the bottom of this page, narrated by Jaymi, constitute what must be the most precise verbal description ever written, by anyone silly enough to try it, of the exact sound of the first 40 seconds of Double Dare.) As with the Chocolate Raven’s projection of the Platinum Raven, one of Jaymi’s missions in his wildly varied projections is perhaps to help himself (and us) to transcend all that needs transcending. Echoing the Song to the Siren that I mentioned above for her, I shall therefore end here by returning to that song for Jaymi too – but this time it’s Song to the Siren by Bryan Ferry, from 2010. This is a sound so rarefied by its own expensive exquisiteness that its surface feels laminated and sterilised from all reality, residing forever in some elite suite of perfection above us, with nowhere higher left to go before the air would run out altogether…

Rohan’s novel The Imagination Thief and four novellas – The Platinum Raven, The Host in the Attic, Apricot Eyes and Hallucination in Hong Kong – aim to push imagination and language towards their extremes, to explore and illuminate the beauty, horror and mirth of this predicament called life, where we seem to have been dropped without sufficient consultation ahead of time. He’s on Twitter at @RohanQuine and has a website www.rohanquine.com