Posted by Roz Morris @Roz_Morris in Undercover Soundtrack on August 26, 2015

‘Watching the wintry sea and reflecting on a marriage’

Once a week I host a writer who uses music as part of their creative environment – perhaps to connect with a character, populate a mysterious place, or hold  a moment still to explore its depths. This week’s guest is Clare Flynn @ClareFly

When writing Kurinji Flowers I had to spend a lot of time inside the head of my character Ginny Dunbar – not always a good place to be. I tend to work in silence but music plays a massive part in my writing. It helped me get close to Ginny – and sometimes to get away from her. It also took me to Ginny’s world: 1930s England and colonial India. 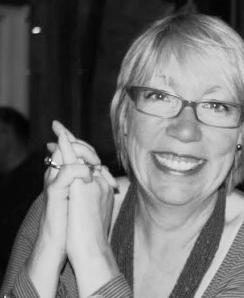 When the book opens Ginny is 17 and a reluctant debutante, in thrall to an older man who seduced her at 14. Rupert Milligan is playing Artie Shaw in his studio when Ginny’s mother finds out about their affair. The song here is Cole Porter’s Begin the Beguine. We had the old 78 RPM disc of this when I was a child so it was nostalgic as well as mood enhancing.

Ginny’s honeymoon is in the Grand Hotel, Eastbourne, from where the BBC broadcast its popular radio show From the Palm Court. In 1936 the orchestra was led by a violinist, Tom Jones. Here he is playing with his ensemble in the hotel in 1933.

I visited the Grand and the bedroom where Ginny would have stayed. It has a balcony looking out over the sea and is known as the Debussy suite. The composer had an extended stay in the hotel in 1905 and composed La Mer there. Ginny stands on the balcony, watching that same wintry sea and reflecting on her marriage.

Most of Kurinji Flowers is set in India so I played a lot of Ravi Shankar to create the ambience in my head – this is Raag Jog. As an ex-pat, Ginny had no immediate access to the indigenous culture and was forced to show up and fly the flag at the Planters’ Club, so I listened to Noel Coward, whose classic Mad Dogs and Englishmen fits perfectly, as well as the Pasadena Roof Orchestra – here singing Me and Jane on a Plane.

Love, Loneliness, Lies, Letters and Loss
David Gray’s Sail Away is particularly poignant as it is a declaration of love and a desire to escape with a lover – but Ginny’s husband sails back to India ahead of her and she follows, alone, weeks later. The song conveys what she would have liked but didn’t get.

When Ginny does find love, it doesn’t bring the happiness she’s dreamed of. I was listening to Barton Hollow by the Civil Wars while I was writing the book. Their version of Leonard Cohen’s Dance me to the End of Love is romantic but also plaintive and sad. The harmonies the duo create are a perfect combination of two voices. Sadly they broke up in 2014 – which makes it even more fitting.

Ginny’s loneliness is existential. She’s full of good intentions that always backfire. She desperately wants to love and be loved. Joni Mitchell’s All I Want sums it up well – she’s on a lonely road looking for something but doesn’t know what it is – just like me at the same age – when it was one of my favourite songs. I tuned into Ginny’s misery via Martha Wainwright’s Bleeding All Over You:

Grief, pain, betrayal, gnawing me away like a rat devouring me from the inside. Killing me slowly.”

Most of the men in Ginny’s life lie to her. JJ Cale’s Lies captures the I’m-mad-as-hell-and-I’m-not-going-to-take-this-any-more moment and the anger and liberation that comes out of it. Ginny feels that anger when she discovers the truth that has been hidden so long.

I’ve always loved using letters. Unlike speech, which is transient and capable of misinterpretation and memory lapse, the words of letters are frozen on the page. The act of writing a letter conveys significance to an event. It allows the writer to say exactly what he is thinking and get it across without interruption from the recipient. Please Read the Letter by Robert Plant and Alison Krauss was a perfect song to channel what my letter writer was feeling.

I was listening to Dean Owens when I was finishing off Kurinji Flowers. One of my dearest friends was dying – and Dean’s music was important to her. Evergreen is all about bereavement and the memories of love.

I had no photographs from that day to draw upon. Only my still vivid memories.”

And I Still Miss Someone, Dean’s version of the Johnny Cash song, captures how the hole love leaves is never filled. 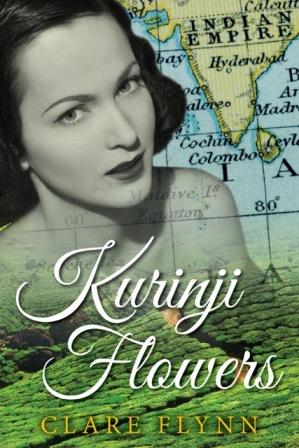 The passage of time
The last section of the book is set in the 1960s. Ginny revisits the pub where her husband proposed to her 30 years earlier. Like so many of her generation, she is out of her time in the swinging 60s. The war changed everything and she is an alien in a strange country. She hears the Beatles song playing on the juke box as a couple are snogging in the seat where Tony proposed to her so formally in 1936.

Yes, love was all I needed but it was everything I hadn’t got”

The incomparable Sandy Denny of Fairport Convention with Who Knows Where the Time Goes? worked perfectly to give me a sense of time passing, of aging, of loss, of change. A kind of weariness.

Winding down
When I’m writing about sad stuff I need a pick-up at the end of the day. Sitting at a desk in front of a computer means my bones need shaking up too, so my soundtrack has to include music to listen to with a glass of wine, cooking my supper and dancing round the kitchen. What better than Lonely Boy from The Black Keys – the YouTube video features some classic Dad Dance moves. And to go with it, but with a nod to the Indian setting, is AR Rahman’s Jai Ho by the Pussycat Dolls – a celebration of life – and a good fit for the end of the book.

Clare Flynn is the author of A Greater World and Kurinji Flowers. After a career in marketing, working on brands from nappies to tinned tuna and living in Paris, Milan, Brussels and Sydney, she is now happily settled in West London. Co-founder of the popular website, Make it and Mend It and co-author of the 2012 book of the same name, her next novel, Letters from a Patchwork Quilt, will be published later this year. Find her on her website, Facebook, and Twitter as @ClareFly.