Posted by Roz Morris @Roz_Morris in Undercover Soundtrack on March 13, 2012

‘Blues took me to the swamps of the deep south, and the heart-rending misery Emily encounters’

Once a week I host a writer who uses music as part of their creative process – perhaps to tap into a character, populate a mysterious place, or explore the depths in a pivotal moment. This week’s post is by Sanjida O’Connell @sanjidaoconnell

In my fourth novel, Sugar Island, Emily Harris is a glamorous young English actress who arrives in America in 1859, determined to make enough money to save her father’s theatre company. But while she’s there, her father dies, leaving her alone and, in her vulnerable state, a charming Southern gentleman, Charles Earl Brook, sweeps her off her feet and into matrimony. It’s during their honeymoon that she discovers his terrible secret: he owns a plantation in Savannah, Georgia, run by seven hundred slaves. 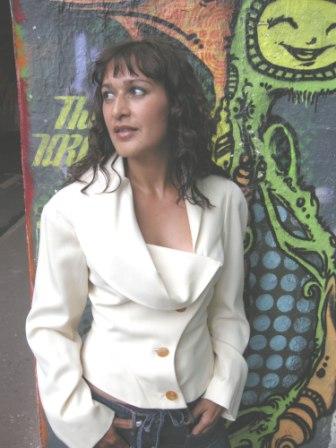 Like many writers, I rarely listen to music whilst I work but I found that soul-haunting and edgy blues tracks, such as Down to the River to Pray by Alison Krauss and Natural Blues by Moby, helped me write about this naïve British woman who suddenly finds herself into the lush swamps of the Deep South, and of the heart-rending misery that she encounters. I played Jace Everett’s Bad Things endlessly. It has the darkness and the dangerous charm that is at the core of Charles’s appeal to Emily, as well as an evocation of the south’s decadent glamour.

Emily glimpses St Simons Island, where her husband’s plantation is, for the first time:

‘…the marsh appeared to close in, the reeds brushing past the edge of the boat. The overriding smells were rotting fresh seawater, seaweed, fish on the edge of decomposition. To her right lay an island of dense deep green tangled jungle; the dark grey sky pressed in on them. She’d spent the whole journey trying to dissect her emotions and now she realized that at the heart of all her arguments was one very simple thing: she felt as if she were slowly being pushed into a trap.’

This is when Emily encounters slaves for the first time. A group of them row her, her husband and her husband’s brother, Emmanuel, to the plantation. As they do so, they sing:

Gone to sell we in Georgia?

Emmanuel uses the song as a way of telling Emily about their slaves, which he does with relish.

‘That’s why they are so pleased that you are about to have a child,’ said Emmanuel quietly, leaning towards her, ‘It means our family – your child – will continue to own them in the future and their families won’t be split up by being sold at auction.’

‘Mother don’t grieve after me,

I found this slave song on www.negrospirituals.com and then altered the words slightly to keep them in the dialect I used for the St Simons slaves. Originally, I was so taken with some of these lyrics, their poignancy and their way of expressing the emotions of the slaves in a way they could not, I used them frequently. My editor at John Murray quite rightly said that less is more.

Emily does her best to help the slaves, from pleading with Charles to make their lives less miserable, to cutting down a young girl who’s been strung up by her thumbs and whipped, to teaching one slave to read, which at the time was illegal. Ultimately, Charles will no longer sanction her actions and makes her choose between her freedom and her daughter.

The only other slave song now remaining is right at the end of the novel but it might give away too much of the plot to quote that one.

Once I’ve finished writing for the day, I tend to go for a run and listen to some completely head-banging, heart-pulsing music to blast me out of the Deep South, Emily’s horrific quandary and the chilling plight to the slaves – songs such as I Fought the Law by The Clash, Mr Brightside by The Killers, All My Life by the Foo Fighters and Wake Me Up When September Ends by Green Day.

Dr Sanjida O’Connell is a writer based in Bristol in the UK. She’s had four works of non-fiction and four novels published: Theory of Mind, Angel Bird (by Black Swan), The Naked Name of Love and Sugar Island (John Murray). She is on Twitter as @sanjidaoconnell