Posted by Roz Morris @Roz_Morris in Undercover Soundtrack on July 4, 2012

Once a week I host a writer who uses music as part of their creative process – perhaps to tap into a character, populate a mysterious place, or explore the depths in a pivotal moment. This week’s post is by Australian environmental fiction author Jennifer Scoullar @pilyara

I love an eclectic range of music – rock to folk to soul. But with my new novel Brumby’s Run, I was drawn to the music of the Australian outback. The novel is set amongst the hauntingly beautiful ghost gums and wild horses of the high country, and I wanted music that would bring me close to my setting. 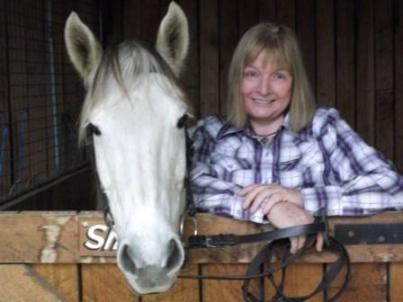 Songs from the land

To begin with, I immersed myself in the music of Geoffrey Gurrumul Yunupingu. This unique Aboriginal man sings songs about identity, spirit and connection with the land. Born blind, Gurrumul grew up as a member of the Gumatj clan on Elcho Island, off the coast of tropical Arnhem Land. He speaks little English. His sound is an enigmatic contradiction, fragile but powerfully emotive and it affects me in a way no other artist does. The transcendental beauty of his voice was a perfect inspiration for writing about the wild Australian alps.

Music helped with characterisation too. One of my characters is an indigenous man named Bushy. Several songs allowed me to flesh him out – helped me picture him in my head.   The first is Diamentina Drover. This song was written by Hugh McDonald of the band Redgum, and is a bush classic. While on a train ride up to Brisbane in Queensland, Hugh met an 80-year -ld man who explained how he had worked for 50 years as a drover on the Diamentina River, and he wrote this song about him. The second is Buffalo Bill by Sara Storer. Storer is a storyteller par excellence. Her songs paint a vivid and realistic portrait of life in the bush – a sweet country sound with a subtle steel in the lyrics. The simple but poignant words and melody of these two songs were perfect catalysts for  my imagination. 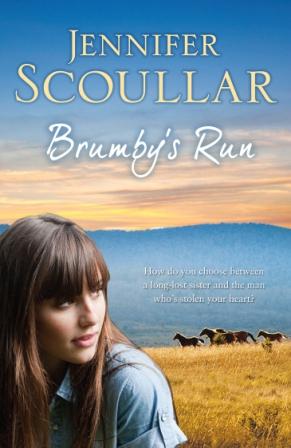 Another character, a feisty young woman named Charlie, was partly inspired by KT Tunstall, in particular her song, Black Horse and a Cherry Tree. (Okay, I know … she’s Scottish) Tunstall says the song is about having to dig incredibly deep to find out who you really want to be – perfect for Charlie. I also love the acoustics and her super-gutsy performances.

Paul Kelly, Australia’s master singer-songwriter, was a constant soundtrack in the latter stages of the manuscript. Many wonderful Brumby welfare organisations are drawing attention to the plight of Australia’s wild horses. I’ve dedicated my book to them. Songs like Kelly’s From Little Things (Big Things Grow), capture the sense of this swelling grass roots movement. I’ve included a link to Archie Roach and Sara Storer doing a wonderful cover of this ballad.  In addition I listened to a lot of songs about horses. To finish I’ve included a link to Natasha Bedingfield’s Wild Horses.

Jennifer Scoullar has always harboured a deep appreciation and respect for the natural world. She lives with her family on a property in the southern Victorian ranges. Her house is on a hill-top, overlooking valleys of messmate and mountain ash. Horses have always been her passion. She grew up on the books of Elyne Mitchell, and all her life she’s ridden and bred horses, in particular Australian Stock Horses. Her first published novel Wasp Season, is an environmental thriller. Her second published novel Brumby’s Run was released by Penguin Australia on July 2 2012. Jennifer is on Twitter as @pilyara

Posted by Roz Morris @Roz_Morris in Uncategorized on July 2, 2012

It was hard to choose a quote to introduce this week’s Undercover Soundtrack. Jennifer Scoullar’s novel about Australia’s Brumby horses and the people who live among them has a soundtrack of many moods – from the intensely spiritual to the raucously rocking. She has also dedicated Brumby’s Run to causes that protect wild horses. In the end, ‘fragile but powerful’ seems the best way to do it justice. Join me here on Wednesday for her Undercover Soundtrack