Posted by Roz Morris @Roz_Morris in My Memories of a Future Life, Undercover Soundtrack on November 16, 2011

The Undercover Soundtrack is a weekly series by writers who use music as part of their creative process – special pieces that have revealed a character to them, or populated a mysterious place, or enlarged a pivotal moment. This week’s post is by children’s author Nick Green

Soundtrack by Jon and Vangelis

I wonder if, with the rise of ebooks, we’ll soon be enjoying novels with their own soundtracks. In the case of my first children’s novel, The Cat Kin (Strident Publishing), the soundtrack actually preceded it. In terms of the story, I was going for something like the TV dramas I used to love as a child, where each episode would push you nearer the edge of your seat, and your heart further into your mouth, before hitting you with the end titles and theme music. So I looked around for the kind of theme tune that my imaginary show might have, and heard an obscure track online which seemed to fit. (For the ultra-curious, the track was Barracuda by the computer demoscene composer Dr Awesome, aka Bjorn Lynne. Told you it was obscure.) 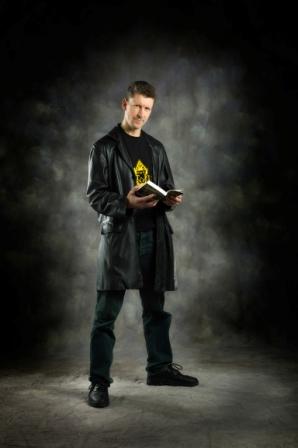 A year later, I set to writing the follow-up to The Cat Kin, Cat’s Paw. My first problem was the challenge of all sequels: what do my characters do now? For those who don’t know (and I believe that’s most of the population) The Cat Kin is about children who develop the powers of cats, by practising an Ancient Egyptian martial art called pashki. And inevitably, because this is a story, they meet some terrible villains against whom these new skills come in handy.

But I didn’t want to send my heroes on one adventure after another. They were never supposed to be ‘superheroes’ – their everyday lives were always more important to me. Nor was I interested in dishing up baddie after baddie just to fill pages. For me, each story has to spring from an emotional seed, or I’ll lose the will to write it. In the case of the first book, it was cruelty to animals that kept me suitably enraged. But when it came to the second story, I had no ideas at all – or rather I had no feelings, no single burning emotion to spark things off.

Then I heard an old song: I’ll Find My Way Home by Jon and Vangelis. I’ve long been a fan of Jon Anderson’s (his band, Yes, dominate my CD towers) but was only vaguely familiar with his Vangelis albums, which always sounded to me like the music you might hear in Atlantis, in the lifts. But I had to admit, I loved I’ll Find My Way Home – a simple, heart-wrenching melody, and a lyric that can resonate with anyone. Something clicked.

In The Cat Kin, I’d explored the drama of humans becoming like cats. But there was one celebrated feline power that I’d had no cause to use in that story. Cats are said to have a mysterious instinct that can guide them safely home if they get lost. As an idea it had possibilities, and more importantly the kind of emotive force I was looking for. Could I use it in Cat’s Paw? 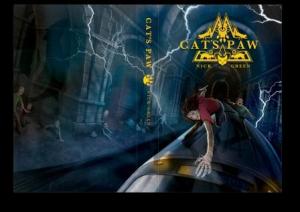 My savvy 13-year-old heroes were unlikely to get lost in London – no homing instinct needed here. But the stories of cats’ abilities get more mysterious than that. There are also tales, some of them well founded, of cats tracking down former owners who move away, often across many miles. I don’t know whether this is really true or not, but this didn’t matter. Suddenly, I had the core element of my story. The children’s pashki teacher, Felicity Powell, disappears at the end of book 1, and Tiffany (one of the two main characters) desperately misses her. What if she managed to learn the feline trick of following her? Of course – of course she would.

With this feeling at last taking root, I had my story. Soon more elements fell into place. Ben, the other protagonist, comes from a broken home, and must now divide his time between his mum’s home and his dad’s. We encounter a sinister band of juvenile, homeless outcasts. There is a villain whose madness stems from being snatched from his home as a small child. That single idea, home, became the pillar of the whole book – all thanks to Jon and Vangelis and I’ll Find My Way Home. As a sort of credit, the song even finds its way into the story, though it’s not mentioned by name. Listen out for it.

As a child, Nick Green landed a tiny part in a TV drama series, and wondered about an acting career. Sadly, that was his acting career. He did not become a musician either, despite the best efforts of his musician father, and his doctor mother successfully persuaded him not to become a doctor. He took up writing fiction at university, as a cheaper alternative to going out. His published novels are The Cat Kin and its sequel Cat’s Paw, but several more are lurking in the wings.