Posted by Roz Morris @Roz_Morris in Undercover Soundtrack on March 6, 2013

‘Friendship, betrayal and making sense of the past’

Once a week I host a writer who uses music as part of their creative process – perhaps to open a secret channel to understand a character, populate a mysterious place, or explore the depths in a pivotal moment. This week’s guest is novelist and award-winning playwright Catherine Czerkawska @czerkawska

There’s no denying that The Physic Garden is a sad story. In mid 1800s Glasgow, an elderly man called William Lang looks back on his youth, when he worked as a gardener at the Old College of Glasgow University and became friends with one of the professors. This is a novel about friendship and betrayal, about trying to make sense of events in your past.  It may not quite be about forgiveness but it is certainly a book about resolution and the getting of wisdom, no matter how painful that process might be. It is also a story about learning: about life and human nature as well as practical skills. It’s about loving and losing, about the paths we follow and the paths we regret not following, and whether we can ever reconcile the two. 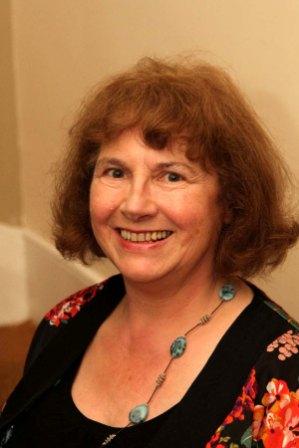 Not surprisingly, I listened to plenty of traditional Scottish music while I was working. There’s a song which actually figures in the book. I call it Waly Waly but some people will know it as The Water Is Wide or even the Glenlyon Lament. Like most traditional songs, it crops up all over the place and in many different versions. It’s a desperately sad, 350-year old song about loving and losing, a song that would have been old even when my characters were talking about it.

‘Tis not the frost that freezes fell,

Tis not sic cauld that makes me cry;

But my love’s heart grown cauld to me.’

The version I listened to as I was writing was an old track by The Corries, a duo I was very fond of when I was young. This version seemed to me to echo most precisely the voice in which I ‘heard’ it sung in the novel.

With that single exception, however, the musician who provided the Undercover Soundtrack to The Physic Garden, whether singing the songs of Robert Burns or his own compositions, was Dougie Maclean. Let me begin with a song just about everyone will know. A contemporary composition, this still manages to evoke many of the feelings in the novel, and I don’t just mean the essential Scottishness of it. This is a song about ‘telling old stories, singing songs’, about friendship and change, about finding your place in the world, about resolution and action. It is, of course, Caledonia: but you’ll also find versions of it on various CDs and to purchase online.

There are a million recordings of the songs of Robert Burns and I’ve listened to a lot of them over the years. But it was still MacLean’s simple, beautiful, unfussy performances I went back to time and time again when I was writing The Physic Garden. Here’s one I listened to all the time: it seemed to evoke the very essence – the ‘voice’ – of William Lang, a song about love, about green and growing things, about the cares which beset us on all sides, above all, perhaps, a loving song about women.

But if I had to choose the song t 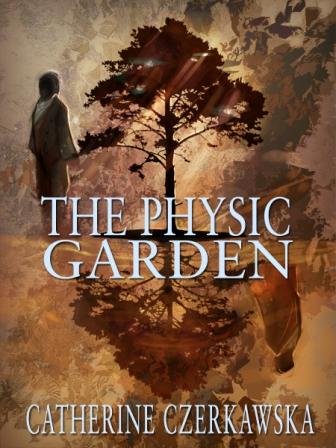 hat could truly be said to have inspired The Physic Garden, it would have to be Scythe Song. You’ll find it on a fabulous CD called Riof. This quirky YouTube recording (there are tech problems in the middle) is a fine example of Maclean’s lovely laid-back performance. But listen to the words. I’ve used this song in creative writing classes as a perfect example of a poem and song rolled into one. It’s deceptively simple and it’s immense. Everything about it somehow fed into The Physic Garden: the relationship of a little girl with her father and of a son with his own father, the need to learn about life, the practical ways of holding and feeling, moving and judging and then, at last, you might ‘know what I know’. Even down to the Icarus imagery, which somehow found its way into the novel. This song always makes me feel exactly the way I felt when I was writing the novel.

There’s one more recording I want to mention – a reading, rather than a song – and it’s this one: Robert Burns’s Lassie wi’ the Lintwhite Locks. I’ve worked with this actor, Liam Brennan, on many productions. He’s from Ayrshire and his accent and interpretation of this Burns poem are exactly right. One of the characters in The Physic Garden is, indeed, a ‘lassie wi the lintwhite locks’. Did I have Burns’s lassie in mind when first I thought of Jenny Caddas, taking her swarm of bees? Well, maybe so!

Catherine Czerkawska is a novelist and award winning playwright. With degrees in medieval and folk life studies, she finds herself increasingly drawn to historical fiction although many of her seven published novels (so far) are contemporary stories. The Curiosity Cabinet (Polygon 2005) was one of three finalists for the Dundee Book Prize and is now available only on Kindle. Her new novel, The Physic Garden, was recently published on Kindle. Her other novels, Bird of Passage, The Amber Heart and Ice Dancing, are also available on Amazon Kindle. Catherine’s website and blog are here, she also blogs at Do Authors Dream of Electric Books and she tweets as @Czerkawska

GIVEAWAY Catherine is excited to give away a rare print copy of her prizewinning novel The Curiosity Cabinet to a commenter here. Extra entries if you tweet, Facebook, Google or write the link on the sky in jet vapour (but remember to mention it in a comment here so we know!) This is a rare edition, now unavailable, so it’s a real collector’s item.