Posted by Roz Morris @Roz_Morris in Undercover Soundtrack on June 12, 2013

‘Belle and Sebastian are truly a band made for writers’

Once a week I host a writer who uses music as part of their creative process – perhaps to tap into a character, populate a mysterious place, or explore the depths in a pivotal moment. This week’s post is by Scott D Southard @SDSouthard

There is usually nothing more important to me than the music I have playing while writing a book.  Music can inspire me, engage me, keep my energy up when I need it to be up. It sets the mood for me, and the right song can pull the right levers to get me to go from point A to point B in a plot. It has also been known to drive the people that live with me crazy since while I am writing I may play a CD a few too many times (Just ask my wife about the writing of My Problem With Doors and my nonstop playing of O by Damien Rice; an album I am forbidden to play in her presence again). But what I used for A Jane Austen Daydream was something surprisingly contemporary. This was not something for Liz Bennet to dance to (but she might if given the chance). 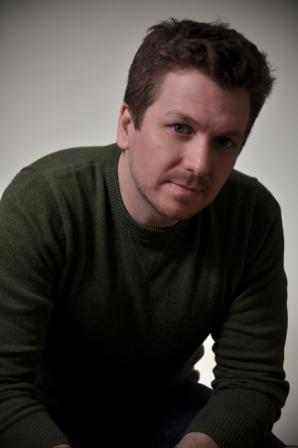 Not Exactly a Normal Life

A Jane Austen Daydream, my latest novel, was inspired by two ideas.

The first was the desire to fix a great injustice that fate had bestowed on Jane. Jane Austen did not have a romance, she did not find the happiness she gave so many of her characters; instead she died in her early 40s, far too soon, with work still to complete and no love to mourn her. That’s where my book comes in; in it, I re-imagine her life as one of her novels. Trying to guess the story she would have liked for herself, filling the missing little holes with characters from her books and plots she created as well.

Over the course of the novel (filled with  adventures, wit, proposals, misunderstandings, and surprises) we follow Jane as she grows in her understanding of love and becomes the writer the world holds dear… and then there is the love affair (the second idea), but that is a major literary twist I don’t want to ruin here. There is a chance it might be the first time it was attempted in a novel.

Looking over the catalog of Belle & Sebastian (and I am a fan, owning everything I can get my hands on), desperation seems to be one of the themes that never leaves Stuart Murdoch (the main songwriter) and his songs. Belle & Sebastian are truly a band made for writers, since their songs are little stories, little character vignettes. He wants to find meaning (and so does his characters), understand what is going on in the world. And just like Jane in my book he seems to believe that there is some great truth to discover, to fall back on. If life was only that simple, Stuart.

I can’t escape my novel when I listen to their CD The Life Pursuit and certain songs stir emotions bringing me right back to the creation of the book. See, right from the opening of Act of the Apostle, Part 1 I feel myself returning to that time, as if on cue that old writing part of my brain kicking in. Starting up the right CD to begin writing is a ritual for me, from pressing play to the cracking of my knuckles.

The moments ‘borrowed’ from music

One favorite song from the CD is Funny Little Frog. A lonely and depressing love story sold around a song that almost has a Motown feel to it (even with horns). When I was writing the first part of the book, in which Jane convinces herself she is in love (she is not) and the questionable male is as well (he is not), this song screamed at me; and I know there were evenings where it was on constant repeat. And, I must admit, some of the song sneaked into the section, with Jane imagining futures with this man, allowing her creative mind to run away with her (just like the character in the song). The song truly was infused throughout that writing, right from the beginning to its wonderful last line. 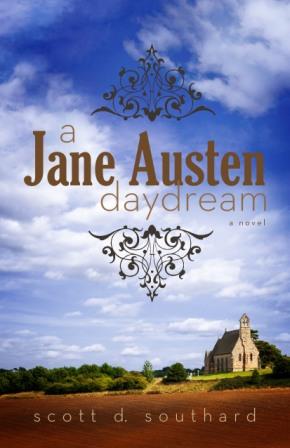 Another song that brings me right back to my writing desk is For the Price of a Cup of Tea and I’m pretty sure this song inspired something unique to Jane’s books. See, in my novel I try to keep every setting from her books, there is nothing foreign really there… Well, except the tea shop in her hometown. This was a device/location I used it in each volume of the book for Jane to meet with her friend Harriet. If that tea shop existed in reality, this song would be on the stereos in the background since the metre and pace of the song feels like those scenes.  (Wait, did I just say there would be a stereo in the 19th century? Bangs head on desk, in embarrassment.)

Oh, and when I hear White Collar Boy I picture Jane running through a field. It doesn’t make sense at all. I know that, but that’s creativity and inspiration for you.

Scott D. Southard’s most recent novel is A Jane Austen Daydream (Both available in print as an eBook); his other novels are My Problem With Doors and Megan. He can be found on the internet via his writing blog ‘The Musings & Artful Blunders of Scott D. Southard‘ where he writes on topics ranging from writing, art, books, TV, writing, parenting, life, movies, and writing. Scott received his Master’s in writing from the University of Southern California. He is also on Twitter and Facebook.