Posted by Roz Morris @Roz_Morris in Undercover Soundtrack on November 14, 2012

Once a week I host a writer who uses music as part of their creative process – perhaps to open a secret channel to understand a character, populate a mysterious place, or explore the depths in a pivotal moment. This week’s guest is award-winning bestselling author, indie champion and women’s advocate Melissa Foster @Melissa_Foster

Thank you, Roz, for sharing your virtual space with me today. I love what you are doing with this series, and I have a feeling that many of your followers will find my musical selections odd, lame, or just plain telling-of-my-age. Here goes… 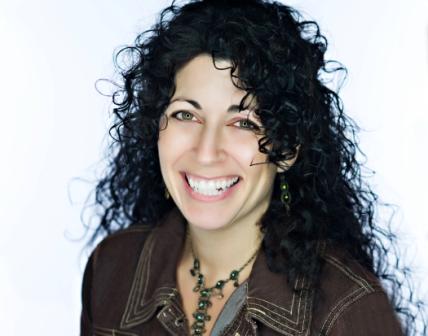 I’m a music fanatic, but not in the normal sense of the term. I cannot write in silence. I need the beat of a good tune to be able to feel my stories, and the particular beat doesn’t matter. It’s not uncommon to find me with F.M. Hot 99.5 playing so loud that I cannot hear anyone speaking to me. It’s also not uncommon to find me listening to an iTunes mash-up of Michael Jackson, Kelly Clarkson, Darius Rucker, Glee (yes, I am almost 46 years old, and this is my guilty pleasure). Even Madonna and Katy Perry make an appearance. The difference between me and most music fanatics is that I rarely know who is singing the songs I listen to, and often, I can’t tell you the title.

When I was writing Chasing Amanda, my typical mash-up wasn’t quite working. I found my inspiration on my iPod, which my stepdaughter had filled with songs when she was about 15 years old, ranging from head-banging heavy metal to rap and top 40 hits. I gravitated toward three songs that pulled me through the manuscript — I was a runner at the time, and these songs were played over and over during my runs as I worked through the storyline of each character: How to Save A Life by The Fray, I Write Sins Not Tragedies, by Panic! At The Disco, and Buttons, by the Pussycat Dolls.

Each song helped me to see Molly Tanner, the main character, a little more clearly. She’s a bundle of strength and emotions wrapped up in sensitive skin. The lyrics embodied all of her. Buttons helped bring out the fun side of Molly, which is so easily lost in stressful situations. Buttons inspired the sexier side of Molly, it was a gentle reminder that she was feminine, though strong, helping me grasp her vulnerability when she was searching for the abductor, alone at night.  Sins helped me to remember that she was on a very powerful hunt, where she could lose everything, and Life, well, it’s pretty clear. Molly valued her life, but because she had unknowingly witnessed an abduction, and then the little girl’s body was found, when Tracey went missing, she was willing to forgo her own life to save another.

I drew from the song How To Save A Life on many levels. That particular song carried over to many of the characters. It exposed the search for Tracey as something much deeper than simply a simple search mission. The song is made of passion and longing, which brought life to Hannah Slate’s forgotten past. Hannah Slate, Pastor Lett, and Newton Carr each had deep-rooted secrets that could have crushed them as individuals, but they drew strength from one another, just as the song talks about staying up all night, each of them had been there at all hours for each others. The love that blossomed from their friendship carried them forward through lives of deceit. I didn’t watch the video when I wrote the book, and I’m glad that I didn’t.  I found different meaning in the words each time I listened.

Molly’s husband, Cole, was a doctor, and a very serious one, who believed in tangible facts rather than Molly’s clairvoyance. Buttons helped me to find his softer, sexier side, and think of him as a man rather than just a husband and physician, and by doing so, allowed another layer of the story to form.

Music enhances my senses and tempts me to reach beyond characters’ looks and the way they move. Music draws me in to think about their emotional state in each scene, and as you can see from my musical choices, there is no rhyme or reason to the tunes that I choose. Music does so much more than just inspire me, it is woven into the fabric of my life, enabling me to see most things in life more clearly, and to remain in a place of light. If you visit me, you’ll find an intercom system that plays music in every room, all day long. Music, even when it has sad lyrics, makes me happy.

What does music do for you?

Award-winning, bestselling author Melissa Foster is a touchstone for the indie publishing community and a tireless advocate for women. Her novels are Megan’s Way, Chasing Amanda and Come Back to Me. She is the founder of the World Literary Café, Fostering Success, and The Women’s Nest. Melissa writes emotionally-driven contemporary fiction and suspense with passionate characters that remain with the reader long after they’ve read the last words. Melissa is a friend, mentor, brownie connoisseur, and book fiend. Connect with her on Facebook, Goodreads and Twitter @Melissa_Foster