Posted by Roz Morris @Roz_Morris in Undercover Soundtrack on July 9, 2014

‘Music of raw power, pulling back from chaos and feedback’

Once a week I host a writer who uses music as part of their creative environment – perhaps to connect with a character, populate a mysterious place, or hold a moment still to explore its depths. This week my guest is science fictioneer-turned-historical-murder mystery writer David Penny @DavidPenny_

I’m a frustrated musician. Many writers I talk to wish they were musicians (yes, we know who you are, Mr Rankin) but, when I talk to musicians they often want to be writers. Or actors. As for the actors, well…

For me writing is a constant striving to achieve the same visceral punch I get from great music. It’s hard because writing is a different medium, but every now and again, for a brief moment, I like to think I’ve almost attained that ambition. 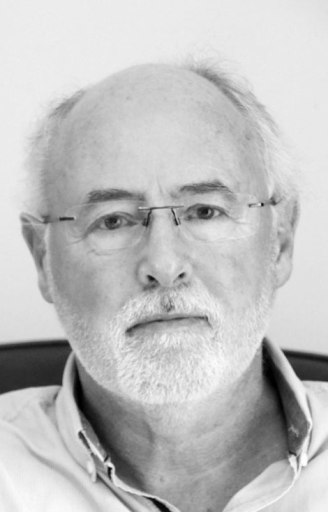 I use music to inspire me, to turn off my analytical mind and don a cap of imagination. While writing my first new book for over 35 years (don’t ask) I used music as inspiration, but also as a wash of sound through which my hands drifted across the keyboard.

That book, The Red Hill came to me complete in less than a second, the entire idea and thread for a multi-book series. Then it took two years to write. The protagonist, Thomas Berrington, is an Englishman a thousand miles from home, a surgeon working in the final years of the Moorish caliphate that has ruled Spain for over 700 years. For much of that period the Moors were a beacon of civilisation in a Europe shattered by invasion, war and ignorance. They were cultured, scientific, and curious about the world. While the Vikings invaded the north, the Moors were inventing flying machines (1100), algebra, the clock, and studying the stars and medicine. In the book Thomas uses the techniques and instruments invented by the Moors – many of which have developed into those now used in modern operating theatres. His life is settled, deliberately constrained, until a man he can’t refuse asks a favour that could get him killed.

Below is the music that inspired me in the writing of the book, but more importantly music that just inspired. What more is there?

This is how I see Thomas dressed in The Red Hill. It’s also here because I listen to Tinariwen when I need to get into the emotional world of the Moors before they came to Spain, the world they carried with them. I can hear this music – without the electric guitars, but the Moors did have lutes and some even believe they created the acoustic guitar – being performed in al-Hamra at the time The Red Hill is set – the music rhythmic, dense, ululating. And the performers – you can see their lives etched deep on their faces.

I love everything about Neil Young when he plays electric guitar this way. His acoustic, Harvest Moon period, I can take or leave, but when he performs like this it sums up how I feel about writing. The music is on the edge, barely constrained, constantly threatening to tip over into chaos and feedback, always pulling back from the brink. I love his uncompromising nature. I understand it’s also what turns people off his music, but the point is he doesn’t care. He does what he does, what he must do. Whether you like it, love it, or loath it, it is what it is. The struggle to write something possessing this raw power and emotion is what keeps me coming back to the keyboard over and over again. It’s an unattainable dream, but that’s all right, because it means I never need to stop. Just like Neil. And take time to listen to the words.

Also there is this cover of Cortez the Killer by Joe Satriano and Grace Potter. Written by Neil, of course, but included for a couple of reasons – the main one being the dichotomy between the slight Spanish vibe and the words. And it tells the result of the victors in the battle the Thomas Berrington series is about. I can’t help wondering how different the world would be today if the Moors hadn’t been defeated.

Another band I can’t get enough of, another singer who wears his heart on his sleeve. My wife and I – kids too – have seen this band more than any other, and every time they’re different. Some people don’t like that, wanting things to sound just like on the album. Us? No – we like different. This song, A Long December, contains one of my favourite lines: about oysters and pearls… listen… Also listen to Miller’s Angels – stark, haunting, beautiful.

This song, Have a Little Faith in Me, has nothing to do with The Red Hill, other than I listen to John Hiatt all the time. It isn’t my favourite song of his (that’s another guitar blow-out, but I’ll spare you), but it is his best known and most covered. John Hiatt it the best unknown singer-songwriter in the world. No, don’t disagree – he is. He just is. And again, listen to the words and bow down to the man…

I first saw John Hiatt at the Hammersmith Apollo in the 90s and at the end of a three-hour show that blew my socks off he said something that sums up exactly how I feel about writing: ‘Hey, thanks y’all for coming. If you weren’t here we’d still be playing this stuff, but we’d be doing it in our garage.’

Also try Cry Love. I’ve included this because Immy from Counting Crows is on mandolin (plus it’s brilliant).

David Penny is the author of four science fiction novels and several short stories published during the 1970s. Near-starvation led him down the slippery slope of work, which distracted him from his true calling. He has now returned to writing and The Red Hill, a Moorish mystery thriller, is out July 13 2014. He is currently working on two new books: the follow up to The Red Hill, and a thriller set in the world of industrial espionage. You can find out more about David and his writing at his website and you can connect on twitter @davidpenny_

‘Music of raw power, pulling back from chaos and feedback’ – David Penny

Posted by Roz Morris @Roz_Morris in Undercover Soundtrack on July 8, 2014

My guest this week describes his writing as a constant state of striving – to achieve the same visceral punch of great music. His books come to him that way too – protagonist, thread and plot in one hit. In fact I’ve actually seen this thunderbolt descend; I was with him on a course one day when he told me he’d just seen an entire plot and its characters in an instant. After that comes the hard work, of course, and music helps him return to that state of fever. The novel he is talking about this week is the first in a crime series, set in the final years of Moorish rule in Spain, and its soundtrack is full of sweat, guitars, lutes and bass. He is David Penny and he will be here on Wednesday with his Undercover Soundtrack.