Posted by Roz Morris @Roz_Morris in Undercover Soundtrack on April 9, 2014

‘A trickle of notes can flood your thoughts with broken things’

Once a week I host a writer who uses music as part of their creative environment – perhaps to connect with a character, populate a mysterious place, or hold  a moment still to explore its depths. This week my guest is former rock singer and multi-award-winning author Warren FitzGerald @Warren_FitzG

Music is evil. It’s the Juju man messing with your head. It’s the sound of Bacardi Breezers clinking in the park when your soul is really being blasted by icy winds. And worse, perhaps, a carefully chosen trickle of notes can flood your thoughts with broken things when really the forecast is fine.

So says one of the characters in a novel I’m working on at the moment. I agree with her: her reasons. But the conclusion I draw is different. For me music is not evil, music is awesome, powerful, magical. That’s probably something most of us feel, but perhaps I have studied its effect a little more than some because of my previous incarnation as a singer which included the joy and stress of being in a struggling rock band to the buzz of performing all over the world as a session singer to audiences as big as 20,000 people, and trust me that is awesome, powerful, magical!

The inspiration for my latest novel Tying Down The Sun came from my recent travels through South America. A heady few months in a continent booming with music. Latin Americans love their music and they love it loud. But the greater part of this novel concerns itself with a harrowing kidnapping which takes place within the beautiful jungles of the Sierra Nevada, Colombia. A place, which when I trekked through there a couple of years back, was one of the few parts on the continent so remote I did not hear music. But music has been crucial in helping me recall and verbalizethat landscape and its own intense soundtrack sung only by cicadas and silence.

The work of Argentinean musician Gustavo Santaolalla particularly from the film soundtracks for Babel and The Motorcycle Diaries was the obvious choice for me if I ever needed to recapture the atmosphere of those majestic landscapes and precious ruins I came across as I backpacked around Peru, Colombia and Bolivia. Every haunting track Santaolalla produces echoes with the vastness of the great waterways of South America, of the endless rain forests, the mountain ranges, the windswept deserts and their icy emerald lakes. If I ever for a moment forgot what it felt like to be there I would just play Deportation/Iguazu and I would be transported there once again with my characters, perched on the edge of Ciudad Perdida, the lost city, couched among jungle clad mountains which joyfully weep with silent waterfalls. And if that’s all it takes to get me back to those heart-swelling places then music (like literature) is truly magical.

The two protagonists in Tying Down The Sun are both young women looking for freedom. We first meet 14-year-old Luz as she is deciding to break away from her isolated Amazonian village and its customs which she finds barbaric, only to escape to a life as a child soldier in the National Liberation Army (ELN), taking freedom from her hostages yet soon realising she is in fact as disenfranchised as them. And we first meet Sarah as she marvels at the natural wonders and ancient indigenous cultures of South America, as she lets her hair down after finishing her degree in London, before she becomes one of those hostages herself.

Some of Sarah’s five fellow captives begin their carefree tourist trek through the rain forests equipped with I-pods to supply them with entertainment on the long nights under the stars, but as the unplanned days and weeks at gunpoint pass, the batteries die and music becomes a rare commodity. Just before the last I-pod loses power, Sarah and Luz cement their unlikely friendship by appreciating a piece by Beethoven. The same piece doesn’t do much for me, but in order to understand how it might move some of my characters I indulged in a piano recording which affects me enormously. I Giorni by Ludovico Einaudi was the piece I used to get myself ‘in the zone’ because the opening few notes alone break my heart every time I hear them. Beautiful because it’s so sad, or sad because it’s so beautiful, this recording makes my heart feel like bursting, I think, because the images it conjures (long lost lovers reunited and caressing each other like blind people feeling their way, crashing waves seen silently through the window of an idyllic cottage, to name a few) are never in reality without their spoiling imperfections. 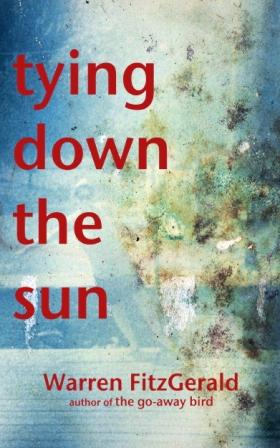 Like me, Luz desperately tries to remain cynical about life and love even though her heart and phenomena such as music tempt her to believe life can be perfect:

I played Te Aviso, Te Anuncio and remembered the wonderful ache in my feet as I stomped through cigarette butts and plastic cups. I played Crazy In Love and felt the luxurious sickness in my stomach when I used to twirl until everyone else disappeared.

As the reader and Sarah find out just what horrors Luz has had to endure in her young life already, they surely can’t blame her for her cynicism, but I have hope for Luz because the one word from her indigenous language of Quechua which she clings on to, despite abandoning the rest of her Amazonian roots, is tinkuy. Tinkuy means to dance, but it also means to battle. As Luz’s uncle tells her:

I’ll leave the reader to decide if my hope for Luz is justified; to decide whether the novel ends with a battle or a dance.

A graduate of Warwick University and former singer in rock bands, these days Warren FitzGerald often finds himself in remote and ostensibly dangerous corners of the globe. His travel usually involves voluntary work on projects including the building of a health centre in Kibungo, Rwanda (the setting for his first novel, The Go-Away Bird), living on a rubbish dump in Nicaragua (the subject of a documentary film he is currently working on) and trekking through the combat zones and cocaine regions of the Sierra Nevada, Colombia (the setting for his new book Tying Down the Sun).Warren’s first novel, The Go-Away Bird won the Amazon Rising Stars Award 2010, Authors’ Club Best First Book Award (longlisted) 2011 and was Waterstones’ Book of the Month: Oct 2011. He lives in London. Find him on Facebook and tweet him as @Warren_FitzG