Posted by Roz Morris @Roz_Morris in Undercover Soundtrack on September 26, 2012

‘The psychological disorder of the piece appealed to me’

Once a week I host a writer who uses music as part of their creative process – perhaps to open a secret channel to understand a character, populate a mysterious place, or explore the depths in a pivotal moment. This week’s guest is novelist and creative writing tutor Niki Valentine @nikimon

Music is incredibly important to me as a writer and has played a large part in my process, as well as populating my stories almost constantly. My latest novel, Possessed, is immersed in music in that it takes place in a conservatoire at an unnamed university. The students are obsessed and driven by music. This means that music comes out in the story itself. Both of the pieces I’m going to talk about appear in the narrative, in rather dramatic ways, but what’s more interesting, I think, is how these pieces fed into my writing process.

The vulnerability of a female soloist 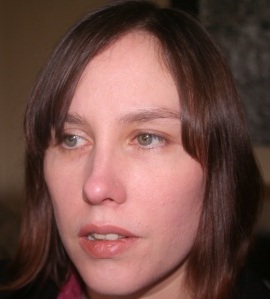 The first piece is Schubert’s Ave Maria. This has a special place in my heart because it was performed at my wedding. For some reason this piece was running a constant background in my head as I sat down to write.  As the music played out in my head, I could see one of my main characters singing it, and it meant I could hear her voice, picture her vulnerability. This fed into her character in many ways. Firstly, she became a singer as well as a flautist, which I hadn’t originally planned, and it helped to distinguish her from her twin sister, both in my mind and in the narrative. There is something haunting about this piece of music and I think part of that comes from the vulnerability of a female soloist, hitting those high notes. And, of course, it’s often a funeral hymn, or sung in church.

The other piece came later in the process, meaning that I was brought to it by one of my characters rather than the other way around.  I realised that my protagonist, a young pianist called Emma, had never played a Rach and that she wanted to. This led me to listen to some Rachmaninoff concertos and sonatas, which became a constant background to my planning and writing. I wanted to bring in the intensity of certain pieces of piano music and how they could be consuming. In the end, I chose his Sonata number 1 and focused on the first movement. I was particularly struck by this recording by Valentina Lisitsa.

The characters in the music

There is something compelling about this sonata and, of course, it’s highly technical. I think it’s utterly lovely, and full of power, and the Lisitsa performance keys into that. Each time I listened, I found something different there. Since I’ve been writing I’ve had two absolute gifts that have presented themselves to me in the research stage. The title of my first novel was one and this piece of music, the other.  The more I listened, the more I felt that my characters were there in the music, trying to get through to me. It fed into my process in an ongoing way. 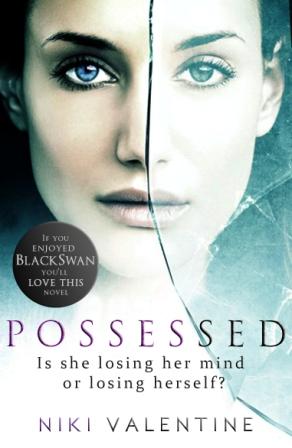 I then read about its genesis and Rachmaninoff’s composition process.  This was where something magical seemed to happen. I discovered that the composer had originally themed the Sonata on Goethe’s Faust.  The tragic play of lost innocence has so many resonances with my story. Like the play, Possessed has three main characters and, similarly, there’s the sense of naivety about one, malevolence in another and, perhaps, collusion and deception from the third. I love to play with grey areas in my fiction, so there is sense that these personality traits move between my characters but, essentially, the triangle is similar. Even more wonderfully, I’d focused on the first movement, said to represent the turmoil of Faust’s mind. In my stories, the psychological disorder of the characters is all important and perhaps this is why the particular piece appealed so much.

To begin with, my connection with this music thematically was entirely to do with what I heard and how it made me feel but, as I researched, the theories fed in to my process too. With a thriller, you don’t want themes or ideas playing on the surface, but they were certainly something I kept in mind as I continued to write and draft. I doubt there are many readers who would see this through my writing and understand it but, for me, the music added a depth to this book that made it far richer.

Niki Valentine is the award winning author of The Haunted, The Doll’s House, and Possessed, published by Sphere. She also writes gritty, realist fiction as Nicola Monaghan. When she isn’t working on her next psychological thriller, Niki teaches creative and professional writing at Nottingham university. Find her on Twitter @nikimon

‘The psychological disorder of the piece appealed to me’ – Niki Valentine

Posted by Roz Morris @Roz_Morris in Undercover Soundtrack on September 25, 2012

My guest this week set her psychological thriller in a music conservatoire. Two pieces of music brought the book to life for her – a Schubert song with a beguilingly vulnerable female vocal, and a Rachmaninov sonata that turned out to have an illuminating link with Goethe’s Faust. She is Niki Valentine and she’ll be here on Wednesday talking about the Undercover Soundtrack to her novel Possessed.