Posted by Roz Morris @Roz_Morris in Undercover Soundtrack on November 28, 2012

‘My stories replay the soundtrack of my life’

Once a week I host a writer who uses music as part of their creative process – perhaps to open a secret channel to understand a character, populate a mysterious place, or explore the depths in a pivotal moment. This week’s guest is McStorytellers founder, biographer and novelist Brendan Gisby @twistedfoot

It came as a revelation to me.  ‘Do you use music in your writing process?’ asked Roz Morris.  I didn’t know.  I would have to check.  I had written a handful of novels and biographies, together with some short stories – well, a mountain of stories, actually.  It was amongst the latter that I began my investigations.

It didn’t take me long to partly answer Roz’s question.  Yes, I do use music in my writing.  Every other story I examined included some sort of musical reference.  But what were the references doing there?  Crucially, did they actually help in the process of writing the stories?  I needed to look more closely at a few examples.

In one of my earliest stories called The Legend, the octogenarian Kate (my great-grandmother) recalls the times when she and her now long-dead husband, Dan, would sing songs to each other, he singing I’ll Take You Home Again, Kathleen and she Danny Boy.  Now, I admit I had no idea whether Kate and Dan, who were both of Irish extraction, ever sang those particular songs, but I do know I had chosen them – two of the finest, most moving Irish ballads ever written – as a way to reinforce the tenderness of the young couple’s love.

Then there’s Up The Indians!, a story about my Irish-born mother’s lifelong love for the underdog.  At one point in the story, I compare her actions with those of young Peter O’Loughlin, a character from The Mountains of Mourne, another beautiful Irish ballad, this time, appropriately enough, about émigrés.  You see, both Peter and Mum were able to stop the whole street with a wave of their hands, as Mum did one memorable day in the centre of Edinburgh.

Next stop is The Boxer.  It’s the summer of 1969, and ruthless bully Johnny Morris (he’s definitely no relation, Roz) is driving in his brand new Daimler Saloon.  He’s due to marry the boss’s daughter in two days time, but right now he’s lusting after a waitress called Julie and he’s humming the tune of the latest hit by another Julie – This Wheel’s on Fire, sung by Julie Driscoll.  The chorus from that song is then quoted, I’m sure, to emphasise both the thrust of the car’s V8 engine and the burning ambition of its driver.

Fast-forward to the winter of 1970 and The Ballad of Billy G.  On the night 19-year-old Billy dies from an overdose of heroin, the narrator imagines what music is blasting from Billy’s stereo: ‘Some satanic licks from Hendrix, maybe.  Or Joplin rasping out Summertime.’  Musical references to define a culture, then.

There are other references that help define a mood.  Such as when cheery Bill, the silver-haired Lothario in The Race, whistles along to Ella Fitzgerald as she sings Cheek to Cheek.  Or when the lovelorn Eugenio in The Exile wanders through a deserted Venice on New Year’s morning, hearing the strains of Vivaldi’s Winter swooping over him.

And there’s one final reference that perhaps defines an era, rather than a mood.  It’s found in The Bookie’s Runner, my tribute to my late father: ‘He’s dressed like Frank Sinatra, like a member of the Rat Pack.  He’s the bookie’s runner with the lopsided grin, but he’s destined to lose.’ 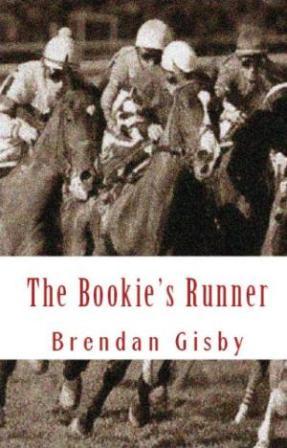 So I was able to answer Roz in full.  Yes, I do use music in my writing process – either to reinforce the thoughts or deeds of a character, or to help define a mood, a time, even an era.

As I said at the beginning, the answer was a revelation to me.  But it shouldn’t have been.  By placing those musical references throughout my work, I’ve been replaying the soundtrack of my life.  I grew up in the 1950s to the sound of those beautiful Irish ballads sung by wonderful Irish tenors like Count John McCormack. I was a schoolboy when Frank Sinatra and others in the Rat Pack dominated popular music in the 1960s. Later that decade, I was another teenager enthralled by a young Bob Dylan. Later still, I was immersed in the drug-fuelled blues of Jimi Hendrix, Janis Joplin and many others.  Then gradually, grudgingly, I embraced the world of classical music.  And Ella Fitzgerald?  Man, who could ever forget the voice of an angel?

Brendan Gisby was born in Edinburgh halfway through the 20th century and brought up just along the road in South Queensferry (the Ferry) in the shadow of the world-famous Forth Bridge.  Retiring from a business career in 2007, Brendan has devoted himself to writing.  To date, he has published three novels, three biographies and several short story collections. Brendan is also the founder of McStorytellers, a website that showcases the work of Scottish-connected short story writers.  His own website is  Blazes Boylan’s Book Bazaar.  You can also find him on Facebook and Twitter @twistedfoot .