Posted by Roz Morris @Roz_Morris in Undercover Soundtrack on August 29, 2012

‘Perfectly dark, tortured and ever so slightly angry’

Once a week I host a writer who uses music as part of their creative process – perhaps to open a secret channel to understand a character, populate a mysterious place, or explore the depths in a pivotal moment. This week’s post is by Keira Michelle Telford @mylostanddamned 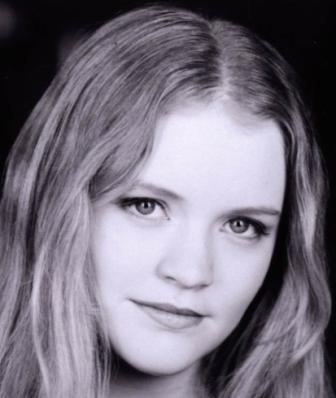 For Silver: Acheron, I was mostly listening to Victoriandustrial musician Emilie Autumn. Her Opheliac album is so perfectly dark, tortured, and ever so slightly angry. (Okay, quite a bit angry.) At this point in the timeline, Ella ‘Silver’ Cross has just been banished for treason. She’s caught up in an emotional whirlwind, and Autumn’s Opheliac encapsulates this turmoil perfectly.

The title itself (also the title of a track on the album), is named after Shakespeare’s Ophelia in the play Hamlet, and is most well-known for her inability to cope with her emotional distress and broken heart, and for her suicide as a result of this. In this vein, the Emilie Autumn song Opheliac is filled with despair, and almost perfectly expresses Silver’s growing depression and a battle against her own sorrow.

If I had to pick just one other song that inspired me the most from this album, I would choose I Want My Innocence Back. Every time I listen to it, I can imagine exactly what Silver’s feeling in the book. I seem to recall putting this track on repeat, and listening to it for eight hours straight.

Another band that inspired me during the creation of Silver: Acheron was Lyriel. I love all of Lyriel’s albums, and especially their style of mixing folk rock with gothic rock. One song on their recent album, Leverage (the title track), inspired me because it represents Silver’s transition from her former life to her new life – that of a banished prisoner.

I often wonder what comes first: the music or the scene I’m writing. I tend to think that I’m attracted to songs/musicians whose work reflects the emotions I’m writing about, but every now and then, I hear a song and am immediately able to visualise a scene from a book I haven’t even begun to write yet. Just the other day, I was listening to Two Steps From Hell—an instrumental group who do a lot of scoring for movies and trailers—and stumbled upon a track called Setting Sail. In an instant, I knew how the last book of my second series, The Legacy Trilogy, ends.

Keira Michelle Telford is a British ex-pat, now living in British Columbia, Canada. She is the author of a 10-book series of post-apocalyptic, dystopian science fiction books,  centering on the character of Ella ‘Silver’ Cross. The first book (a novella), Acheron, was released in November 2011. The next, A New Age Dawns (the fourth book in the series), is due in September. Find Keira on Goodreads, Facebook (and also here on Facebook) and on Twitter as @mylostanddamned

Posted by Roz Morris @Roz_Morris in Undercover Soundtrack on August 27, 2012

My guest this week says all her major characters have their own theme song. For the first novel in her post-apocalyptic romance series she drew inspiration from the queen of Victoriandustrial music Emilie Autumn – and if that flavour of music is new to you (it was to me) here’s a crash course. The novel is Silver: Acheron, the author is Keira Michelle Telford and she’ll be here on Wednesday talking about her Undercover Soundtrack. Corsets optional.