Posted by Roz Morris @Roz_Morris in Undercover Soundtrack on November 21, 2012

Once a week I host a writer who uses music as part of their creative process – perhaps to open a secret channel to understand a character, populate a mysterious place, or explore the depths in a pivotal moment. This week’s guest is multi-award-winning children’s fantasy author Susan Price @priceclan

Music doesn’t help me understand my characters, or set the mood for a particular scene. I don’t need, for instance, martial music to write a martial scene. Instead, for me, the music seems to set the atmosphere, or time-frame, of the whole book. I can’t write a scene set in the past to poppy dance-music, because the music insistently reminds me of my own time and drags me back to it. I find it equally hard to write contemporary scenes while listening to music from the past. If Mozart is playing, my characters shrug off their jeans and trainers and slip into knee-britches and powdered wigs. 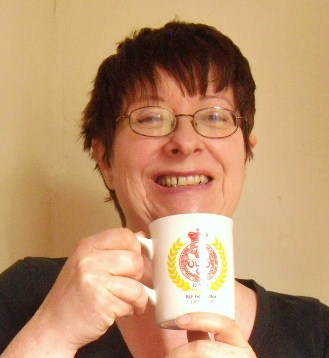 My Ghost World sequence (Ghost Drum, Ghost Song and Ghost Dance) is set in a fantasy Czarist Russia. I wanted these books to be fantastical, frightening and beautiful, with the brilliant jewel colours of Russian folk-art set against intense darkness and cold. While writing them I surrounded myself with postcards of Russian art, and played chants like this one on repeat.

The beautiful swaying voices, with their deep, dark bass notes took me into the vast, dark pine forests of Russian folk-tale, to Northern darkness and cold.  Listening again, as I write this blog, I feel the visceral thrill and shiver this music always gives me.

The music and art served the same purpose: bringing together and concentrating all my disparate imaginings. Looking at a Bilibin forest, listening to an Orthodox chant, I was there, in my imagination’s world.  This piece, with the Basso Profundo, sounds like the Russian Bear singing.

Past, present and Borders

It is always time and place with me. My Sterkarm novels have scenes set both in the past and in the 21st Century, but the heart of the novels, for me, were the scenes in the 16th century Scottish borders. I read about the reivers and their way of life, I visited the Borders, but to bring it all together and put me there, I played Border Ballads, which I’ve loved since a teenager.  Here’s the wonderful June Tabor with her thrilling Clerk Sanders. The final, long-drawn note always raises my hair. It rings like a glass. It’s all there – love, hatred, jealousy, horror, revenge.

I listened to Steeleye Span a lot too. Even though they used electric instruments, I always felt they captured the spirit of many of these old songs better than many who tried too hard to be strictly traditional. Here’s their Wife of Usher’s Well, a tale of life, death, ghosts and maternal love.

I wrote Christopher Uptake, set in the 16th century, to the smash hits of Christopher’s day, such as The Silver Swan, sung here by the King’s Singers. (And its closing couplet, ‘More geese than swans now live, more fools than wise,’ seems appropriate for Christopher too.)

Poor old Keats reviewed plays in order to get a free pass to theatres so he could hear the playing of professional musicians.  We’re spoiled today – we can hear excellent musicians any time we casually turn on the radio. Not only musicians of our own day either, but those long dead, and music played in the style of centuries past.

But what to play when writing something set in the far future, such as my Odin’s Voice trilogy? I found myself seeking out music that, to me, sounded strange and futuristic, and helped me expand my ideas to include all the weird and wonderful possibilities of nano-technology and space-elevators. More musically educated people might find my choices rather old-fashioned, but they worked for me. 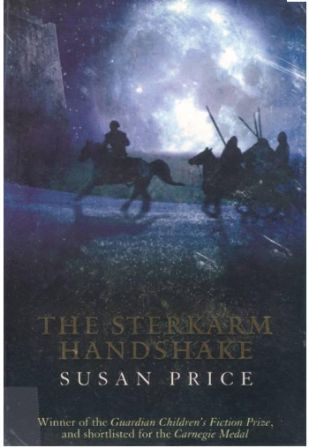 First is Moonstruck Pieirrot, or Pierrot Lunaire. ‘What the hell did I just listen to?’ asks a YouTube commentator. I can’t say that I love it, but it’s extraordinary. I remember first hearing it. I was vacuuming during the early hours, while half-listening to the Open University’s educational programmes. This began, and I switched off the vacumn to hear it. I remained on one leg, spellbound, throughout. Didn’t like it, exactly, but couldn’t stop listening.

I am fonder of this by Jan Gabarek and the Hilliard Ensemble. I find it chill, eerie, beautiful and strange – but instead of evoking deep, dark forests, it evokes, for me, the vast dark emptiness of space and the future, where who knows what might be possible? Oberon’s song from Britten’s Midsummer’s Night Dream has the same effect on me. It may have been written in the 20th century, as Britten’s response to Shakespeare’s 16th century play, but its eerie otherworldliness, for me, suggests space – perhaps the music of the spheres?

In 1973, Susan Price‘s father signed a contract with Faber for her first book, The Devil’s Piper. She was under-age, at 16, and couldn’t legally sign it herself. She has earned her living by writing and lecturing ever since. Her best known books are The Ghost Drum, which won the Carnegie Medal, and is available as an e-book, and The Sterkarm Handshake, which won the Guardian prize. She has a blog and is also a founder member of the group Do Authors Dream of Electric Books (aka Authors Electric), and she tweets as @priceclan.

‘If Mozart is playing, my characters slip into wigs and britches’ – Susan Price

Posted by Roz Morris @Roz_Morris in Undercover Soundtrack on November 19, 2012

My guest this week was so young when Faber bought her first fantasy novel that her father had to sign the contract. She’s more than built on that early promise by scooping the Carnegie Medal and the Guardian prize and is so prolific that in her credits she only lists her best-known works. Her imagination has ranged everywhere, from a fantasy czarist Russia to the far future – and thrilling, evocative music has been intrinsic to all of them. She is Susan Price, and she will be here on Wednesday talking about her Undercover Soundtrack.