Posted by Roz Morris @Roz_Morris in Undercover Soundtrack on October 31, 2012

‘Music to wake the living’

Once a week I host a writer who uses music as part of their creative process – perhaps to open a secret channel to understand a character, populate a mysterious place, or explore the depths in a pivotal moment. This week’s guest is award-winning novelist, essayist and poet Consuelo Roland @ConsueloRoland

The uninhibited energy that rocked that small dingy space attracted a motley crowd, including some local town ghosts. Tony Cox, Steve Newman and Syd Kitchen, acoustic guitar fingerstyle masters, opened a passage between the real world and the possible world. On the long road home we passed a drab brick house with salt encrusted windows. The nondescript sign of a funeral parlour floated in the sea fog under a street lamp. Behind the walls I saw Anthony Loxton looking at himself in a bathroom mirror, back from a guitar gig, wishing his life could be different.

It’s hilarious in retrospect. My first novel was going to be about a funeral director moonlighting as a guitar player, when I knew nothing about making music or the undertaking business. But the musician before his audience was a perfect metaphor to underpin an ancient literary theme: No Man is an Island.

Part of my research was always having the car radio on – it felt necessary. One day I found myself finger-tapping to Ziggy Marley’s Jammin, and an image popped into my head of Sweet the guitar teacher jiving to his own beat, adding a repetitive gospel music refrain to the reggae beat; taking liberties with the musical greats.

Anthony’s alter ego, Tony the Fox, evolved in a similarly strong-willed direction; he began to think of himself as looking like Phil Collins. In those early days of story incubation I turned to my favourite power balladeers for inspiration: Richard Marx’s Waiting for You made me feel the pain of missing the woman you love; Phil Collins’s Survivors made me feel the sadness of doomed love with a shared past.

Gradually all the listening paid off. I borrowed bits and pieces of songs that felt completely right and authentic, and that amplified the storybook of a third-generation funeral director who strives valiantly to outfox destiny.

At a major crossroad of his adult life Anthony remembers ‘that sometimes the words of a song don’t have to make sense for it to be a good song’, and he ‘lets the man and the woman go to Mexico before the gringos came, and make capsicum chilli love as often as they want.’

The Mexican theme came up when I was ‘doing research’ in Kalk Bay. The discovery of the afternoon was a Mexican cowboy cardboard puppet who fired from the hips. Bang! Bang! He was delightfully impish, although the skeleton Señorita in her cellophane packet seemed impervious to his charms. I could see a small boy discovering Mexico in a forbidden library book. By torchlight he might see a band leading a procession and then a host of twirling skeletons and masked dancers (to help the dead go back) attending El Día de los Muertos. On that night of heartfelt sorrow and great celebration the veil between the living and the dead would be lifted; the Mexican cowboy would serenade the beautiful Señorita, and he would raise his pistols – Bang! Bang! – for every suitor, dead or alive. It was the mesmerizing Lila Downs who acted as my guide to a Mexico of the soul. 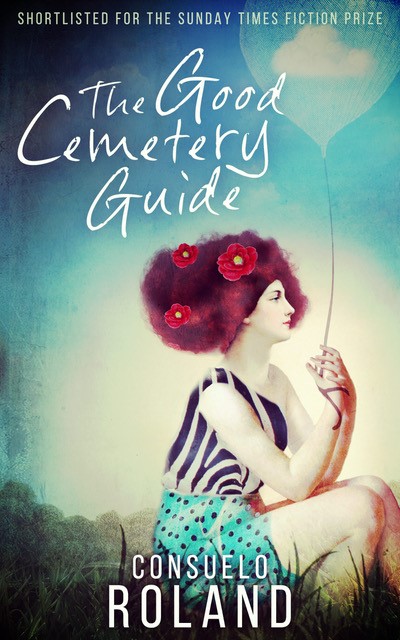 Much of the novel is about coming to terms with existence, and how sex is only a temporary diversion. Writing about sex from a man’s perspective was a challenge. Listening to Meatloaf’s soaring lustful lyrics, particularly the gothic epic You Took the Words Right Out Of My Mouth, helped the sex scenes to flow. The effect of that single song and its sexual tension and irony was enormously helpful to get inside the head of my lascivious male character as he spun from one carnal adventure to the next.

When gothic love is followed by gothic death the musician quits playing and the masquerade is temporarily suspended. It’s left up to the broken-hearted to process the inexplicable as best they can. Robbie Williams’s Cursed perfectly evoked the mood of ‘immeasurable sadness’ that occasionally struck Anthony down. Cursed has a driving rock beat which captures the concrete physicality of being alive and then it slows completely and incredible piano sections evoke the fragility of love and the power of memory.

This is the unique soundtrack of a man who was born the son of a mortician, and given the gift of a guitar. In The Good Cemetery Guide music has the power to wake not only the dead, but also the living.

Consuelo Roland lives in Cape Town. After leaving the IT business, she completed an MA in creative writing. Her debut novel The Good Cemetery Guide was shortlisted for the Sunday Times Fiction Prize 2006. It was also selected via an e-mail poll of readers as one of 30 Centre for the Book’s ‘must read’ South African Books in 2007. After retrieving her rights she self-published as an ebook. She has also published poetry and short stories. Her essay, ‘Was Ayn Rand Wrong? An essay on capitalism’, appeared in The Face of The Spirit: a century of essays by South African Women published by the Department of Art & Culture. Her second novel Lady Limbo is due for release by Jacana Media in November 2012. Connect with her on Twitter @ConsueloRoland  Facebook and her website.

GIVEAWAY – For a FREE e-book copy of The Good Cemetery Guide send an email  – before 15th November – to info@goodcemeteryguide.com with your full name and ‘The Undercover Soundtrack FREE e-book offer’ in the subject heading. You’ll receive a 100% discount coupon to use on Smashwords

HIATUS – Next week I’m taking a brief break. The Undercover Soundtrack will return on 14th November